Construction is the Antidote to Destruction Rene Morkos, founder and CEO of ALICE Technologies joined us on this episodes and he has one of the most unique perspectives of any guest on the podcast. Earlier in his career, Rene was working for a company that did construction in Afghanistan. He said “construction is the antidote to destruction.” When you build something in this part of the world, you can see a huge tangible impact. If you are building a factory, it might be the first of its kind in the entire country. If you lose a bag of nails, you might be delayed for weeks because there is no market in which to buy another. The stakes are totally different.

René Morkos is the founder and CEO of ALICE Technologies and teaches at Stanford University’s Ph.D program in Construction Management. The son of a civil engineer, René grew up in the construction industry. He has worked on construction projects worldwide. His professional experience ranges from working as a project manager in Afghanistan to building an underwater pipeline project in Beirut, from driving automation engineering on a $350 million gas refinery expansion project in Abu Dhabi to leading the development of a virtual design and construction model for Amsterdam’s cruise ship terminal.. René received his Ph.D in Construction Engineering and Management from Stanford University, his MSCE in Construction Management from USC, and his BS in Civil and Environmental Engineering from American University of Beirut.

Get on the show! 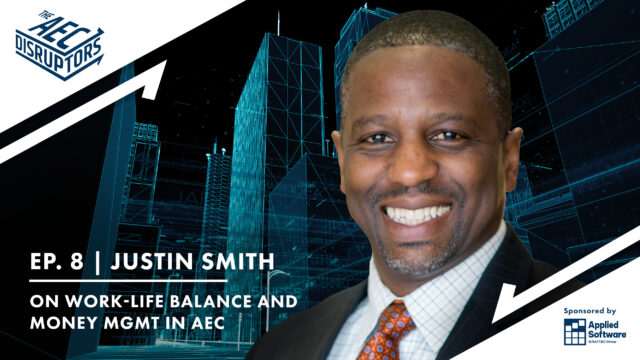 How can we build wealth within the industry that we are in? Investor and director of construction Justin Smith likes to emphasize the term live-live balance over work-life balance. With busy projects, rising costs, and industry curveballs, he encourages us to be mindful of how we spend our time in and outside of work. 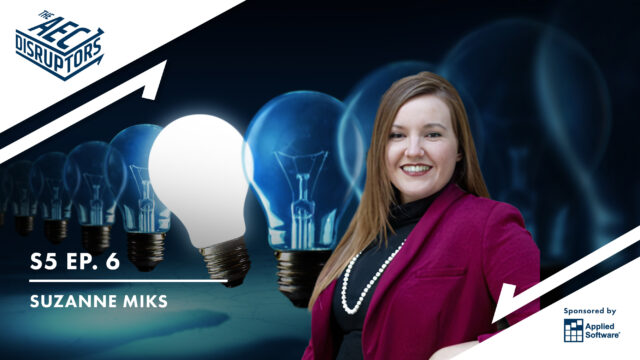 Why Learning and Development is Critical for your Organization

The rapid growth of technology products and solutions coupled with the disruption of the pandemic have created a perfect storm for rethinking how people within organizations learn and ultimately spread and share the knowledge they learn and create. In some respects, it is the lifeblood of success for design firms. 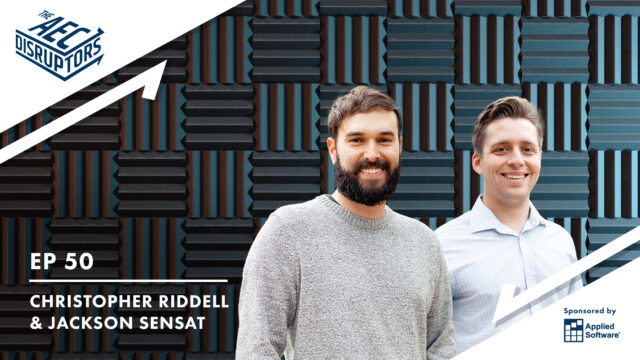 50 Episodes of Disruption and a Big Announcement

We're a half-century old in episode years. That's a unit of measurement, right? Over the past few years, disruption as a concept has moved from strategic thinking to mission critical for organizations, and we have been honored to cover it all over the course of 50 episodes.